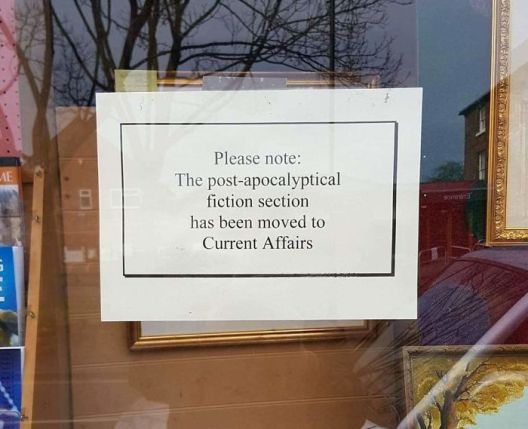 It would be very tempting to compare the current predicament at Scouting Ireland to that of Brexit.

As the political turbulence induced by a narrowly won vote, built upon untruths and hyperbole approaches some sort of conclusion in the United Kingdom – our nearest neighbour and a jurisdiction in which part of Scouting Ireland operates, it may seem a stretch to draw a comparison and yet the temptation remains (er, pardon the pun).

Pride in unity, long track record in democracy, diverse and tolerant. All of this hijacked by a small group of vociferous conservative zealots. Blatant untruths, made up ‘facts’ and a seeming willingness to preside over the destruction of the Union that ironically they profess to support, whilst they simultaneously ride roughshod over the constitution.

An executive that seems unable to engage with stakeholders beyond those who agree with it. Senior figures, some of whom have a proven track record in incompetence, unconditionally and blindly supported by a bunch of cheerleading gammonesque trolls who have no nuance to their argument, no facts that support it and no desire to compromise in any way, as they search in vain for some fabricated version of ‘the good old days’ when everyone was the right religion, gender, sexual orientation and skin colour.

Of course, many aspects of the Brexit debacle don’t resonate with Scouting Ireland. We don’t have a leader, for instance. Equally, the British Conservative party, which is presently in government does not have completely untrammelled power. There is a stalemate because other stakeholders hold the balance of power. In Scouting Ireland, things are different.

The Board of Directors of Scouting Ireland – all volunteers and all elected by the membership – are increasingly looking like a bunch of rabbits in the headlights, with strings being pulled by unelected figures in the background. Perhaps this hypothesis is incorrect and things are more sinister. Perhaps having found themselves at the centre of a power vacuum, the board have opted to grab all the power for themselves and in doing so, shut out the membership (who elected them) from having any meaningful say on how things move forward.

The recently released “Transition” document has a strange tone, considering change management needs buy-in if it is to work. Instead of this, it reads a bit like Vision 2020 2.0. As the philosopher George Santayana remarked “Those who cannot remember the past are doomed to repeat it”. In an organisation so obsessed with the past, one would have expected someone might have learnt something from that rather expensive shambles. 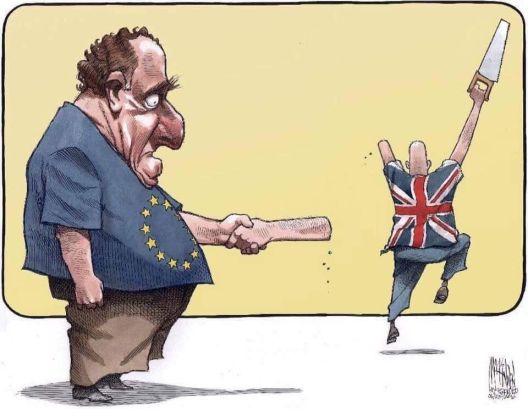 Of course, this time around the pesky membership don’t get a say, so perhaps its checkmate, regardless what the plebs think. Trebles all round!

The trouble is, the membership are increasingly disengaged, having been relegated to the status of ‘burger flipper’ in a fast food restaurant, with less and less control over the destiny of the movement. This is a problem because scouting locally (and nationally) relies on passion and commitment above and beyond that which an undervalued and ignored employee is willing to give – and employees at least get paid.

The volunteers who move the dial in Scouting, tend not to be transient. They tend to have a stake in what they are doing. No stake and the impetus to pour all that energy in is greatly diminished.

In the short term, all this strategy stuff will look good on paper and no doubt keep external stakeholders happy, but the fundamental shift in the balance of power that the board of directors are championing is going to severely erode and probably permanently weaken the very fabric of the organisation.

Scouting in Ireland, built on tenets such as fairness, honesty, integrity, openness and democracy is now at risk of degenerating into a deeply and perhaps permanently divided downward spiral, where moderation and compromise are shouted down with vitriol and abuse. The playbook of the far right, in the UK and elsewhere, is to brand dissenters and those who challenge or critique as ‘traitors’. On the jobsworth-run social media platforms controlled by Scouting Ireland’s power brokers and patrolled by their poodles, the preferred term is ‘unscoutlike’ for anyone who dares question or criticise the board, senior professional staff or their cheerleaders.

So those who disagree with us are now no longer deemed good enough to belong? Where have we heard this sort of thing before?

The board has done little to set a positive tone here. Brushing dissent and concerns under the table in the hope that they will go away is not a solution. Dismissing legitimate critiques as being “70 or so dissenters” and using words like ‘resistance’ to brush aside legitimate questions, really doesn’t help.

The role of the volunteer has been undermined and perhaps permanently diluted. There are reasons the structure needed to change. There are positive aspects to the new structure. However the lack of membership engagement and the fear the board seem to have of providing any sort of forum or platform for members to set out their concerns, suggests the board are very aware of just how shaky this whole transition process is.

After a promising start the Board seem to be increasingly retreating into policy documents and written missives to members, much like the rudderless and discredited National Management Committee it replaced.

In leaving four volunteers dangling in the wind with tarnished reputations for what now turn out to be relatively minor errors of judgement (and exonerated of the charge levelled against them that led to the Lynch report), the board have exacerbated a problem that could have been addressed months ago, allowing everyone to move on. This course of action has not only been an absolute affront to the Scout Law and common decency, it has fundamentally and permanently undermined the associations constitution & rules and ignored the principles of natural justice.

What must youth members, viewing this ongoing drama conclude about the Scout Promise and Law that they are encouraged to embrace and seek to live by?

How can adult volunteers be inspired to enable and support the embrace of these principles and code of conduct among younger people when those elected to set an example seem unable to grapple with a simple decision?

The initial astonishment that all this mess has been pinned firmly on volunteers, given the central and in some areas exclusive role undertaken by senior paid professional staff, has given way to the dull acceptance that the board seem unwavering in their focus of pouring praise on the well-paid and scorn on the non-paid.

How is Scouting Ireland going to extricate itself from this mess?

The points of difference between the most liberal and the most conservative members in Scouting Ireland occupy a fairly narrow territory. One would have thought that a leader stepping forward with the vision to stress what unites us all and the courage to take tough but balanced decisions, seeking to accommodate both sides of the cultural divide and being careful not to be partisan in any way, would be able to make some progress towards a cultural reunification. The trouble is, no such leader is presently available.

In what will hopefully prove to be a major step forward, a new CEO (Anne Griffin) has been appointed and will take up office in January 2020. Ms Griffin appears to have a solid professional track record and not only breaks the mould at senior professional level in Scouting by er, not being a middle-aged male, she is also – critically – an outsider. She looks to have everything needed to successfully run the company side of the entity. But how many volunteers want to be lectured by a CEO?

To give Ms Griffin her due, the opening statement attributed to her cannily put volunteers before staff in sentence order (a small gesture but unheard of in recent times) and she used words like ‘support’, when referring to volunteers. It all sounds like a breath of fresh air. This new CEO will have a professional reputation to build and will no doubt work hard to avoid being perceived as partisan in a very divided association, something her predecessor struggled with from the beginning – as many of us with a long and rich experience as a volunteer scouter probably would, to be fair.

Regardless of Ms Griffins arrival, the volunteer membership nonetheless require a titular head, a moral leader, (a Chief Scout for instance), to lead and champion the volunteer within the framework of the new structure. The strategy (if one can call it that) at present seems to be to wait out the term of Mr Mc Cann, the currently democratically elected incumbent, whilst the predictable member of the old boys club waits in the wings for a coronation in due course. Theirishscouter does not believe this is an approach that is going to work. Time will tell of course, but healing rifts needs to come up the agenda. At present, it doesn’t look to be on the agenda at all.

Until the cultural differences are resolved, Scouting Ireland will never heal. If it does not heal, it will never achieve its full potential, nor will it even begin to recover from the extended ‘annus horribillis’ that the past 18 months or so has visited upon our 112 year old organisation.

What is needed is compromise – not a popular concept at present.

Compromise offers the fastest way out of this internal mess. Conservatives cant have everything their own way. There needs to be give and take and it needs to be genuine. Most members of Scouting Ireland are moderate in their views. Quite a lot are very liberal.

The Board also need to shun the advice they are currently receiving from unelected people with axes to grind. There is going to have to be some sort of fudge with regard to the present stalemate linked to four former members of the NMC, including our current Chief Scout, if this matter is to be resolved in a way that makes it possible to move forward together.

A possible compromise here might be the Chief Scout securing the Boards blessing to re-take his position, given the findings of the Lynch report and in exchange, questions about the role of senior professional staff in the same debacle to be parked or dropped . Mr Mc Cann then serves an agreed period, followed by an open democratic election for a new Chief Scout.

The Board enjoys reasonable support from conservatives (if one uses social media as a loose barometer). Moderates and liberals need to feel that they too can support the board – having a figurehead who could help that process by bridging gaps would be a clear step towards moving forward.

Whatever happens with Brexit in the United Kingdom, sooner or later the country will need to heal. Without compromise, this will be more difficult. Without compromise, that very union might be at risk. Exiting the EU might prove to be a hollow victory for Brexiteers if it leads ultimately to the destruction of a much older (and for them, far more cherished) union in the process.

Scouting in Ireland once made a very significant gesture, that set a standard for others on these islands to follow. In our own small way, perhaps the time has come to do so again, even if this time the only people who notice are us. The alternative is not at all attractive and compromise, when offered honestly and openly, can unlock the way to eventually move mountains.

Maybe it is time we all gave it a shot. Lets look to our Board to make the first move.

8 thoughts on “Scouting Ireland. A bit like Brexit. Really?”