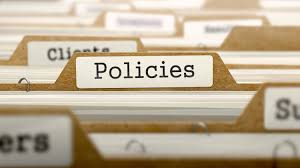 Scouting is one hundred and nine years old. For much of that time, the core tenets of the movement have remained the same, as have the core activities of the young people involved.

Can something that never changes feasibly be called a ‘movement’? Well yes, it can in so far as the broad concept of Scouting is a movement, whilst the thing most scouts belong to these days is some sort of ‘association’ or ‘organisation’.

Movements need a vision, whilst organisations generally need policies. Like a political party of any hue, Scouting Ireland’s policies, particularly on matters of importance, tend to be voted upon at National Council. Issues that are more operational or less fundamental in nature are sometimes decided at the National Management Committee, a group elected by National Council to pursue the ‘day to day’ agenda of running the association.

But where do the policies that find their way in front of either above body originate? The short answer is ‘everywhere’. A successful motion at National Council can become a policy, depending on its nature. Members of various National Committees have a tendency (and a mandate) to formulate policy ideas and submit them to the NMC or one of its standing committees (for example the National Youth Programme Committee). Individual NMC members may also generate white papers for discussion/agreement at NMC (and later, National Council, where appropriate), which can become policy at a later point. These white papers may relate to a specific brief, or in the case of ordinary members of the NMC, they may tie into an area of interest or focus for that member.

The upshot is that policy for Scouting comes from disparate sources, in various formats and styles. Sometimes, a weak policy idea that is well presented can get further than a great idea accompanied by poor presentation skills. Politics has a central role to play, not so much in the development of policy as in the enactment of it. Scouting, like most organisations, is full of special interest groups and cliques. Great ideas can get torpedoed or championed by a powerful interest group and this can sometimes affect the policies that end up enacted for better or for worse.

Whilst the generation of policy ideas from far and wide is to be welcomed, supported and preserved, there is surely also an argument in favour of developing a dedicated policy unit for Scouting Ireland?

The logic of this idea is to support elected officers, notably the Chief Scout, to articulate a vision beyond the stated and take it into the realms of being implemented.

A visionary speech that sets out to paint a picture can inspire and excite, but without some firm policy ideas to bring it to life, the vision can struggle to become a reality during the term of the proponent. Given that elections in Scouting are gradually moving on from the “its my turn” approach to one where candidates are expected to set out what they intend to DO in office, it is reasonable to make the assumption that a successful incumbent, having sold their vision will have done so to the association’s membership who presumably then expect things to happen as per the vision.

A policy unit could provide the building blocks to help elected officers to translate their ideas into actual policy that delivers a result, not to mention a degree of legacy (although the latter is a tricky one to achieve in Scouting).

This idea follows the political model to a degree, where policy units build the structure of an initiative, from a sketch provided by the elected candidate (the vision). This ensures (or attempts to ensure) that the legislative agenda for the candidate’s term in office at least partly reflects the vision that got him or her elected. It closes the circle and provides the track record that links manifesto to achievement in office.

With the Chief Scout being the titular ‘Head’ of the association and the leader to whom many look for guidance and cues around conduct and leadership style, it is also logical that a ‘Policy team’ or policy unit would have a term similar in tenure to the Chief Scout and that this tenure would be co-terminus with that office.

One would assume that a policy team would share the vision of the incumbent and thus a change of Chief would most likely result in a change of policy team in any event. One can’t quite imagine President Obama’s Head of Policy staying on to drive the agenda of President Elect Trump, for example.

Writing policy is another one of those jobs in Scouting that could add significant value, yet could not really be described as being in any way ‘glamorous’. Policy wonks tend to be perceived as dull and slightly geeky, yet setting out ideas in a clear manner, via a succession of white papers, would deliver clarity of tone and consistency of direction to a series of draft policies.

Like all policy ideas, those originating from a policy unit would need to go through the NMC and ultimately be approved (in most instances) by National Council. Thus, the creation of a policy unit would in no way reduce transparency in decision-making. If anything, it would enhance it, with ‘official’ policy becoming clearer, more coherent and linked to the Chief Scouts vision with that office holder being accountable for it – and needing to defend it. That defense of course is a lot easier when the policy idea ‘ladders up’ to the manifesto that got the candidate elected in the first place.

This idea might help the current (and future) Chief Scout(s) to deliver more of their vision and exit office leaving behind a legacy they can point to and be proud of.

It will help the association because the members increasingly elect the Chief Scout (and others) on the basis of what they say they are going to do. If those ideas become more than just a rallying cry and actually become policy, then in theory the association will move in the broad direction that members wish it to.

A frequent criticism in recent years is that, despite having twenty elected directors, an annual council meeting and more ‘managers’ than similar entities twice the size, Scouting Ireland is surprisingly directionless at a macro level, despite lots of activity happening at micro level. The association has not had a coherent strategy for years, if ever (top down strategies have been tried, but they don’t work). Policy could be at least the partial answer to this.

Of course, other office holders (not just the Chief Scout) will seek election on the basis of a manifesto. The National Secretary, Treasurer and the various Commissioners that sit on the NMC will also have visions they want to bring to life (and members who vote for them on that basis). These visions and policies to bring life to them, will continue to originate within the various teams. They will be more specialist in nature however, with focus on the brief at hand

Theirishscouter recalls being present when an earnest young scouter breathlessly asked a much admired national officer what the association’s policy on a key topic of great national importance was. The national officer replied simply “our policy is not to have a policy”.

Times have presumably changed since then.

One thought on “Does Scouting Ireland need a Policy Unit?”