Concern is growing among members of Scouting Ireland that the costly bureaucracy that increasingly inhibits local scouting’s progress, is also getting out of hand in terms of cost. Expenditure is increasing steadily, yet revenue is shrinking and little seems to be getting done to address this.

The trend has coincided with a reduction in the transparency around the finances of the national association, whilst ever more administrative demands are placed on the shoulders of local volunteers.

Theirishscouter has been examining copies of the association’s accounts from 2007-2013 and offers a cursory analysis below….

Many members of Scouting Ireland may not have noticed, but the annual accounts for the association have been quietly dropped from the annual report. This is curious, given the level of detail that members in local Scout Groups now need to provide around financial reporting to National Office.

The association accounts are of course available to the public at the Companies Registration Office, a side effect of Scouting Ireland currently existing both as a registered charity and a limited company.

Ireland is now slowly emerging from the greatest economic downturn since the impact of the Great Depression was felt on these shores back in the early 1930’s.

The prolonged recession this time around has seen tax hikes for everyone and pay cuts for public sector and private sector workers alike, with thousands of others loosing their jobs and thousands more talented graduates and school leavers unable to find work, many having to emigrate.

Public sector remuneration has declined by between 10% and 20% (and even higher cuts for very senior civil servants), whilst most private sector employees have seen their pay packets trimmed by up to 25% in the early years of the recession, with pay freezes in place ever since.

Charities too, have felt the cold winds of recession with headcounts trimmed, salaries reduced and a general slowdown in revenue generation, driven by grant reductions, less disposable income being to hand in most households but also thanks to increased skepticism among the public around how charities spend money, where these donations go and the percentage of revenue allocated to ‘administration’.

Whilst local scout groups have felt the pain of recession and had to react to the realities of hard-pressed families struggling to make ends meet, a cursory analysis of Scouting Ireland spend during the recessionary period (2007-2013) would show the viewer little obvious evidence however that the global economic downturn and sustained recession has affected national office.

In the context of seeing a slow but reasonably steady growth in membership of both adults and youth members one would expect to see an upward trajectory in terms of member fees during the 2007-2013 period and indeed this is apparent in the accounts, albeit with some drops in revenue for 2011 and 2012. In fact membership revenue has climbed by 20% during the period, or around 3% per annum.

However, whilst member fees have risen, government grant aid has dropped steadily during the 2007-2013 period with a cumulative decline of 28% over the period, reflecting the ‘30%’ drop that the National Youth Council of Ireland, a lobby group, have reported in their commentary around grants to youth services in Ireland during the recession.

One would assume that the combination of a somewhat lob-sided member growth trajectory (growth comes mostly from the beaver scout segment of the membership – children aged between 6 and 8 – whilst teen membership continues to slide), combined with a near one-third cut in grant support, might have sharpened the mind (and the pencils) in Scouting Ireland on the topic of allocation of resources during straightened times. There is little evidence in the accounts however to suggest this.

In the period 2007-2013, the two single biggest expenditure items in the Scouting Ireland Income and Expense account have both grown significantly.

OFF ON A HIKE

Staff costs, by far the association’s biggest cost-centre, have jumped by 23% between 2007 and 2013. The number of employees has risen by 16% in the same period (with annual fluctuations).

The figure declared for staff employed in a given year is described in the CRO submissions as an ‘average’ for the year.

Some members (and indeed some professional staff) may look at their own pay cheques and see an unfavourable contrast with the above numbers. The average wage in Ireland in 2013 was €32,400 (source: Eurostat).

Just under half of the association employees shown on the 2012 structure chart (in the 2012 annual report) are primarily based at a single location. It is thus reasonable to assume (national office do not provide information in response to this sort of query) that this split was similar in 2013 and thus at least some employees are claiming substantially more than €5,225 in (tax-free) mileage expenses.

Total Volunteer ‘travel (& subsistence)’ costs for 2013 amounted to €81K – less than half the professional equivalent (for travel alone). This is an interesting number because a cursory calculation would indicate that there would be three to four times the number of volunteers working at national level (across various teams and committees) and thus availing of mileage & subsistence allowances. 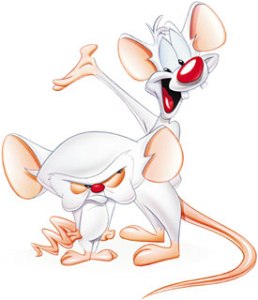 Another significant line item in Scouting Ireland’s Income & Expenditure account is the rather opaquely titled ‘administration’. In 2013 this extended to cover a rather substantial investment in ‘legal & professional fee’s’ (€219K) that somewhat dwarfed the €143K spend on insurance – a line item many would assume to be one of our biggest single costs. Also included in the ‘administration’ costs were spends of €40K on ‘meetings’, €6,662 on ‘research’ and a fairly large ‘sundries’ bill of €44,088.

Expenditure on youth programme (in a youth organization that exists primarily to deliver programme to young people) accounted for just under €78K, roughly one third the spend allocated to the legal profession and other consultants.

A not inconsiderable sum in 2013 was expended on activities that ultimately delivered no value whatsoever to Scouting. The redundant ‘Vision 2020’ has a whopping €68K attributed to it in the 2013 accounts. Jamboree 2013 accounted for another €38K, showing a spend of €106K that ultimately went into the recycling bin.

One senior scouter who spoke to theirishscouter expressed the view that if the estimated full cost of Vision 2020 is taken into account (including staff hours, staff mileage, volunteer mileage, accommodation & subsistence, meeting room hire, etc.), the spend on this initiative in reality is closer to €200K. This means potentially not far short of quarter of a million euro (8% of total spend in 2013) was blown on initiatives that were ultimately binned – hardly a shining example of leadership (or management for that matter).

The association spent over half a million euro (€526K) on Campsite Development & Operations in 2013, although there is no break out of which campsites secured these funds or what precisely they were spent on.

Members are stakeholders, not merely a source of revenue. Local members OWN Scouting Ireland (this is not currently apparent given the very obvious disconnect between local scouting and the NMC/National Office, but it is a fact…)

We aim for professional standards in Scouting Ireland (and rightly so), but we can learn from the corporate world without trying to join it. We hire professionals and pay them a salary, presumably because they have qualifications, passion and an ability to deliver on things a volunteer might struggle with, due to time commitments or the need for specialist knowledge.

Professional support is an integral part of how the association works and always will be for such a large entity. Scouting Ireland is really quite fortunate to have among its employees a higher than average number of dedicated, inspirational people, who put members first and focus on what is good for Scouting. But is there scope to make this support structure leaner and more efficient over time? Are the correct structures in place to ensure the optimum balance between value and costs? What KPI’s (key performance indicators) exist and who oversees these?

Senior volunteers need to take the lead to simplify systems, reduce paperwork and cut the administrative burden on local volunteers. This will save time and money. The association needs management of real calibre who have the capacity to do more with less, and who can make national office into an enabler for local scouting again – instead of a corporate bureaucracy that is becoming an inhibitor, generating paperwork (and cost) increasingly as an end in itself.

DIVE INTO THE POOL

Mileage spend is high relative to the wider charity sector. More effective use of car-pooling and advance planning to reduce the need to travel will help. Volunteer mileage rates (for those travelling on association business) are a small fraction of the rate paid to professional staff – perhaps refocusing on using volunteer expertise in more cases will reduce the need for quite so much professional mileage.

Scarce resources in Scouting Ireland need to be directed towards improvements and activities that add tangible value to the experience for members. Campsite investment is a good example of this but the association needs to do more to explain to members exactly what the association spends money on, why it does so and how this benefits local scout groups.

For example, Scouting needs the services of lawyers and accountants but the current corporate culture at national level is overly secretive and sometimes unnecessarily so – this generates suspicion among the membership in general.

Confidentiality has a role in some aspects of how we run our association, but there are too many people in positions of influence who consider information to be power and thus promote a culture of secrecy simply to make themselves feel important.

Other potential revenue streams should be seriously and systematically explored. There does not seem to be any resource – volunteer or professional – allocated to what is increasingly looking to be an important, if not critical activity. Most, if not all major charities have dedicated personnel focusing on this. Scouting is unusual in not doing likewise.

The association spent €32K on ‘fund-raising costs’ in 2013 – presumably the print and postage bill for the now jaded ’12 Days of Christmas’ raffle. We need to up our game on fund-raising, or find the appropriate personnel who can deliver on this.

Scouting Ireland is unlikely in the short to medium term to receive funding to the same level as before from government in the context of on-going focus on exchequer spend. The association deserves government support, but equally needs to become less dependent on it. Imposing unilateral membership fee increases as a means to prop up unsustainable spend levels is unimaginative, reactionary and lazy. We need to do a lot better.

A new leadership team, due following imminent elections, need to ask probing questions, demand tighter controls and set a level of thriftiness that brings the national association into line with the prevailing culture in the new leaner, more restrained and increasingly more accountable NGO/charity sector.

The National Treasurer, in her efforts to simplify compliance procedures for groups and get a handle on spending, needs the support of the NMC, to face down internal resistance to transparency.

The association should appoint an audit committee, made up of independent scouters and some external appointees. This entity should be independent, with real clout. It should provide the NMC with a roadmap to usher in some needed changes around how national office systems work, association resources are allocated and finances expended.

In the context of recent challenges elsewhere in the charity sector (and the dim view government takes of poor transparency and poor levels of management), the incoming NMC should assert their authority early by acting to rein in spending and strengthen the perception of value for members when it comes to national office expenditure.

Scouting Ireland needs energy and dynamism to deliver a sustainable revenue model. The new NMC, including many of the current members, will bring these qualities in spades. Lets hope they put their skills to use.