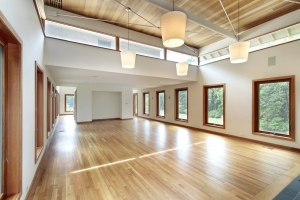 There are many pleasant duties allocated to the scouters in a given programme section. It could be reasonably argued that merely being in the presence of an enthusiastic group of young people and watching them learn and grow together is a pleasant responsibility in itself.

Most Scouters need to occasionally deploy the use of the ‘evil eye’ in order to curb the er, spirited behavior of the occasional errant youth, usually at the beginning or end of the meeting when the lodges, sixes or patrols are assembled for announcements. In general however, the typical weekly meeting may require preparation and may be hard work to deliver, but it tends to be universally worth it.

The uniform inspection, happening as it does weekly in some sections and monthly in others, affords the scouter an opportunity to lament the drop in standards since their own youth (even if that was just a couple of years back as it might be in the case of newer scouters) or give a good-natured raised eyebrow to the patrol who appear to be borrowing various items in clandestine fashion from the ‘Panther’ patrol next door (in theirishscouters troop, the ‘Panther’ patrol always seemed to be ahead of the game on everything…)

During the games, giving a shout to mobilise the troops to cheer for their team, threatening to bend the rules to make life more difficult for the Patrol Leaders (to the delight of the other scouts) or driving the tiniest, youngest (and fastest) scout into a frenzy of excitement by singling him out to run in ‘Bulldog’s charge’, knowing full well you have not got a hope of catching him and this failure will precipitate a mass transfer of humanity from one end of the hall to the other with immense velocity.

Tackling skills with the team, posing some awkward questions to test the imagination and knowledge of the scouts, or quietly encouraging a shy APL to deliver the training session she has spent the week carefully preparing, can be immensely satisfying when you see (for example in the latter case) not just relief but confidence in her face as the session draws to a close. She will do that again and each new time will be better and better.

Offering to take the tea order as the Patrol Leader team settle down for a post meeting review in the comfy chairs (in the venture room) and sitting back, mug in hand to enjoy the debate, the problem solving and the planning that you and your Scouter colleagues have facilitated and helped to foster among this new crop of young leaders.

GETTING THE BROOM OUT

However, surely one of the most pleasurable tasks for the Scouter, especially the one who has been around the group for a few years, is undertaken in that curious silence within minutes of the ‘dismiss’ call that juxtaposes the frenzy of fluorescence, the avalanche of activity, the deluge of decibels that up until minutes ago permeated every corner of the Scout Den.

As you walk up and down the now dimly lit Scout hall, sweeping brush in hand, capturing the dust and occasional bit of paper, rope or foodstuff that the ‘Duty Patrol’ somehow missed, you might catch a faint glimpse of the ghosts of the groups past as they run across the hall, shouting silently in delight in the midst of a long forgotten game.

Perhaps you even see echoes of yourself several years back, when your current charges were too small for scouts. Is it possible the images you can see in the autumnal gloom pre-date even you? Maybe the memories that reside in the building this night are of an earlier period in the groups history yet are still etched into the walls of a place where maybe thousands of young people have forged memories and hundreds of Scouters have swept the floor on an autumn night, whilst silently and proudly reflecting on the part they have played, however small, in facilitating those memories.

For most young people, involvement in Scouting is a relatively transient experience, confined to a few years in childhood. And yet at the same time, the permanence of the values that Scouting can instill in a young person is a powerful illustration of the enduring nature of the concept and a testament to all the volunteer Scouters over close to eleven decades who have, like you, cast an evil eye, raised an eyebrow, mobilized the troops, bent the rules, tackled skills, quietly encouraged, taken the tea order.

And swept up the hall in the relative silence of an empty den at the end of the meeting….